Investors continue to brace for a possible upset win by Donald Trump over Hillary Clinton as new revelations about investigations into the Clinton Foundation and Clinton's private email server have tightened the polls.

The Dow Jones Industrial Average has moved below the 18,000 level for the first time since July. The small cap stocks in the Russell 2000 are down more than 8 percent from their high, on the cusp of an outright correction. Other markets are seizing up in sympathy.

Related: This Stock Market Indicator Points to a Trump Win

This is a crescendo of selling pressure that's been building since August, marked by a steady narrowing of measures of market breadth. What started with stocks in areas like real estate and health care is now starting to take down the heavyweight technology stocks regular Americans know and love.

Main Street is starting to pay attention and feel pangs of fear.

Rewind two weeks, and the Dow was trading resolutely in a historically tight two-month trading range that capped a three-year sideways slide. October featured the lightest trading volume in 40 years and the second-lowest realized volatility since 1990. For a month with a spooky reputation, it was eerily quiet.

Things are changing fast now that the electoral map looks marginally better for Trump, with battleground states like New Hampshire and Colorado swinging his way.

Related: Stocks Are Making Some Weird Moves Before This Strange Election

Suddenly, the market must confront the idea that Trump’s aggressive brand of nationalism could very well upend the post-1980s globalism push that's brought us NAFTA, the WTO, a flood of H1-B immigrants and a surge in corporate profitability alongside an erosion of middle-class household income. He's been critical of the Federal Reserve's aggressive cheap money stimulus. He's warned the stock market is in a bubble.

The selling pressure is a big deal: Thursday marked the first time since just after Lehman Brothers collapsed in 2008 that stocks have fallen for eight days in a row, and just the 28th time since 1928.

Breadth continues to narrow, as a growing list of stocks succumb to the weakness.

Lately, it's been the big-tech high-fliers that just a few weeks ago pushed the Nasdaq 100 to new record highs — stocks like Apple (AAPL), Amazon (AMZN), Alphabet (GOOGL) and the like. 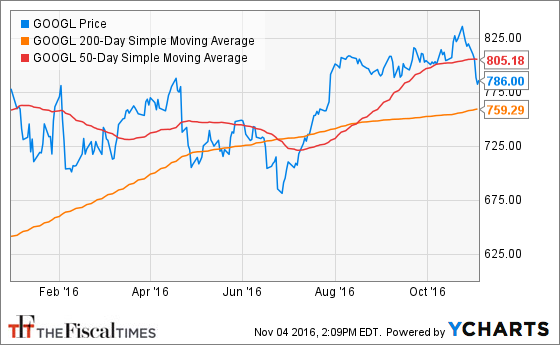 Disappointing earnings have played a role here. Look at Facebook (FB), back to July levels after issuing weak guidance. Or GoPro (GPRO), which sank after reporting results and disappointing investors impatient with its turnaround plans.

Under normal conditions, such disappointments would've been brushed aside as analysts continue to pencil in a return to S&P 500 earnings growth before the end of the year. Trump's rise is changing everyone's risk calculus.

Related: How Much Does Wall Street Love Hillary? Let’s Count the $78 Million Ways

The slump is for real now, since these are the "glory stocks" that are owned by so many. When the Russell 2000 was falling, no one cared. But when Facebook and Apple start plunging, folks are going to start paying attention. Like my neighbor, who I bumped into at a Starbucks (SBUX) yesterday, asking if it was time to sell everything.

I told him this: Much is going wrong for the bulls.

Crude oil has erased its post-OPEC meeting gains. Safe havens like the CBOE Volatility Index (VIX) and gold are surging. Major technical support levels are under siege. And fundamentals — growth in earnings and the economy — are looking poor as the economy moves along just above stall speed while profits are about to be pressured anew by falling oil prices.

If you think this is a flash in the pan, and that Hillary's election is inevitable and stocks will roar back, consider this: The Federal Reserve is just waiting for an excuse to raise interest rates again in December.